Facts about Stag Night in Prague 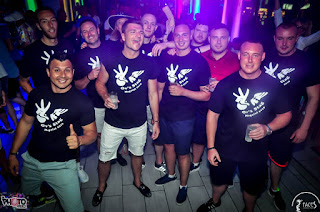 It cannot be disputed that the best destination for a stag in the whole of Europe is Prague. In the ancient city, the groom-to-be and his friends will never find a dull moment. From AK-47 shooting experience to booze night pub crawl, steak and strip dinner, lap-dancing entry and several other crazy activities, a well-planned stag do a weekend in the Czech Republic capital can be a dream come true. The facts about what makes stag night in Prague different from that obtainable in Hamburg, Budapest, Berlin and the rest are as follows:

Beer is really cheap
If you stick to beer in Prague, there is a great chance you will find it really difficult spending your money. For only £10, you will be rewarded with 10 pints of beer. What this means is that you can easily get hammered if you stick to beer. Wine and spirits cost more, but they are still relatively cheap when compared to what is obtainable in other cities.

It is super crazy at the Bars and Clubs
There are several bars and clubs with a super crazy Bohemian atmosphere. For the last nights of a man’s freedom, the abundant charm offered in Prague Night Clubs will not be a bad idea at all.

The strip clubs are welcoming
While there may be some peeps out to trick you in such places, the strips clubs in Prague nevertheless, offers a lot of fun and they are in abundance. The cost of such pleasures are equally pocket-friendly. For a reasonable amount, you are guaranteed an eye-popping experience with beautiful women who are ready to put up a super-sexy show. Legendary one on one shows are also available in private booths and the women know your secret.

The girls are legal but homeless
It is illegal to run a brothel in Prague, but prostitution is legal. It is not uncommon to see stag do men get along with the girls and embark on some adventurous romp. The strip clubs have a good number of fine women and some nice private rooms for strip shows too. You are at liberty to decide what you want in a private show.

English language is common
As much as Brit men have very poor reputation due to their conducts in Prague, the party people speak their language. Communication with the people in these areas is made easy by their English proficiency.

There are stag-friendly hotels
All about the city, there are hotels that understand what a gentleman and his friends need while he enjoys the last days of freedom. Several of them are located in the New Town close enough to the bars and strip clubs.

The pickpockets are real and out for it


As much as the locals understand that your visit is good for their economy, there are few who feel they are entitled to some bucks even if they don’t offer you any service. While you get high, some peeps think of how to get some cash out of your wallet. Some may offer to sell you some drugs, but it’s the cash they want.
2017 prague facts guide Prague stag night stag weekend
Location: Prague, Czechia

Popular posts from this blog 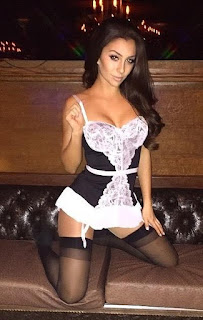 Are you After Something to seriously make your stag night in Prague Rock! Female strippers & Fat Rolypoly Strippers in Prague can be a total winner! As well as being known for brilliant bar crawls, Cheap drinks and planned Activities Prague is a perfect choice for Stag nights and birthdays. We recommend: Female strippergrams A strippergram is a Sexy and naughty show for a lucky someone. Of course all the lads can watch. The show can include him being humiliated which makes it even more fun. We recommend you choose a costume theme that fits in with the stag do or birthday. Maybe the stag Dislikes the police or has run in to trouble with the law. Hire him a hot female police officer to arrest him at a bar or even at the hotel. Few ideas: Police Teacher Army Nurse Miss Whip Lash French Maid Normal clothes Prank For Stag do Strippers in the UK Try Entertain-ment UK
Read more

Secret Things to Do In Prague 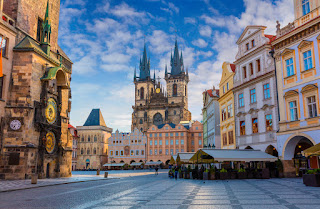 While your tour-guide may take you to the several museums, galleries, theatres, and other historical exhibits, there are more that the ‘the city of a hundred spires’ can offer you. A little adventure does no harm in Prague, so derail from the tourist track and try the following: Try the urban woodland You will have the options of visiting several parks, one that can offer you the true feel unadulterated Czech nature is the Divaka Sarka. This beautiful valley, which is only a short ride away from the city can offer you an unforgettable experience. Try some coffee with Kafta and Einstein You will likely see so many wonderful cafés in Prague. There are some, however, that you may not spot due to their being locations. One of such is the Café Louvre, famed to have been the favourite of such persona as Einstein and Kafta. Their hot chocolate will take a spot in your brain. Try the sex machine museum You won’t find this anywhere else in the world, so come off whateve
Read more